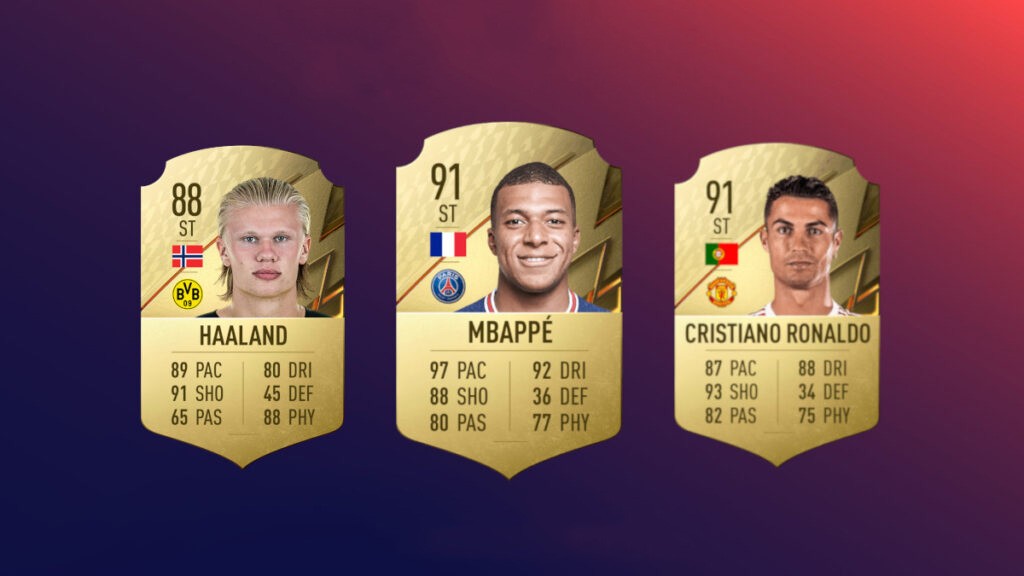 How to build your team, find players, choose the best chemistry styles and more.

If you just started playing FIFA or you converted from PES (eFootball) to FIFA recently, then don't worry. In this Beginner's guide you will learn the fundamentals of FIFA Ultimate Team in order to build the best possible team.

This guide contains the following information:
1) How to choose a league
2) How to find players
3) Player attributes
4) Objectives
5) Squad Building Challenges
6) Consumables
7) Chemistry styles
8) How to build your stadium
9) Division Rivals and other modes

1) How to choose a league
When you first enter FIFA Ultimate Team you will have to choose your league. This will determine the first packs of players that you are going to receive. In FIFA Ultimate Team, your players should have a chemistry, so that is why you must buy players only from a certain league. You can change league in the process but in this case you will have to sell your players and buy players from another league. The thing is that players' value is dropping every day, just because better players (inform and team of the week) are coming, so users are selling their old cards to buy new ones. So ideally you must choose a league from the beginning and stick with that one forever.

Personally, I choose Premier League because it has a lot of fast players in all positions. Italian league has players in very good prices (so you can build your team very fast) and good defenders. Spanish league has players with good technique. The German league relies mostly on Bayern and Borussia Dortmund and less in other teams while the French league relies mostly on Paris Saint-Germain.

If you have a dilemma on which league to choose, then first check FUTHead.com and player values in FUTbin.com and take your decisions. Bear in mind that in the beginning you will have to spend a few thousand coins in each position to create a decent team. Players have the form of cards, which are divided into Bronze, Silver and Gold quality. There are even inform cards which consist of famous players with a bit higher rating or Icons, the rarest cards in the game which have veteran players with very high quality (even rated 90 or above). Teams need to have players of at least Gold rating and above.

In order to view your Squad keep the left analog stick downwards. You will see your starting eleven, your substitutes and your team's chemistry. Your goal is to have 100% chemistry between your players, as if you don't they will not be able to have a good communication in the field. If your players come from the same league then they will have a yellow chemistry link. In addition to that, if they play in the same team (in real-life) or if they come from the same country, then they will have a green chemistry link. The yellow chemistry link between all players is enough to have a 100% chemistry in your team.

2) How to find players
After opening your first packs (ie. cards which contain players) and put several players of your chosen league in your starting eleven, it's time to start selling players that you don't want and at the same time buy some players in order to cover the positions that you mostly need. Select Transfer list to buy players and at the same time open FUTHead.com in a browser, click on the Players menu and then Filter results by selecting Position.

In FUThead, the default sorting is done according to Player Ratings, but you can also sort players according to their Pace, Shooting Passing and several other stats, which you can choose depending on your team's formation and game style. Check player prices either in FUTbin.com or straight into the game, by Selecting Transfer Market, then searching for a specific player by typing his name and choosing "Max Buy Now" at the bottom left corner and experimenting by putting his price.

3) Player attributes
In order to see player attributes, just search for them in FUTHead.com. If you have a player you can also look his attributes in your squad by pressing the right analog stick or in the Transfer market by typing his name and then again right analog R3). Each player not only has 6 basic stats which are shown on each card, but several attributes that are located below those stats.
- Goalkeepers need to have good Handling to keep the ball and good Reflexes to reach the ball when they receive powerful and hard shots.
- Defenders should have good Defense and Physical stats so that they are hard to beat, good in the air and fast. Right and Left backs need more Acceleration and Pace in order to catch up with fast wingers.
- Defensive Midfielders need good Defense and Physical stats in order to cut their opponents but at the same time they should be able to fight for winning the ball at the center of the pitch or take a first header after a goalkeeper's volley.
- Wingers (LM, LW, RM, RW) should have high Pace and then statistics depending on your game style. If they cut inside the opponent's area they should have good Dribbling and Shooting. If you play with crosses then they should have a good Crossing attribute.
- Forwards and Strikers require high Shooting and Sprint Speed. Ideally they should have good Dribbling or even Heading (if you play with crosses).

4) Objectives
Ultimate Team has hundreds of objectives, which you accomplish when you score goals, win matches, buy and sell players or unlock new stuff for your team. Objectives can give you coins, xp, xp boosts and player cards. You can always see the rewards for each objective before you finish it. After finishing an objective you can collect your reward. When finishing a group of objective you can receive higher rewards.

5) Squad Building Challenges
This is a mode in which you can exchange your unwanted players with player packs or specific players. SBC start from simple card exchanges, like "Give 11 Gold cards and get a pack of cards" and can evolve into challenges which require more complicated combinations. For instance, you will be asked to exchange cards with players from the same league but belonging to different nations (or the opposite), players from a minimum or maximum of nations or leagues or even hybrid squads, which means players from different leagues but several should belong from the same country in order to achieve high chemistry.

6) Consumables
Those cards can be applied into your players and can be found in the transfer list. For instance, a very common consumable type is contracts which are required in order to renew a player's or manager's contract. When a player or manager is active in a game, his contract gets -1 point and upon reaching zero, those players or staff won't be eligible to play, thus their contract has to be renewed on that day or any time before.

Consumables are also Position change cards, which can convert a player's position in order to fit in your team's formation. Also, in Consumables menu you will find Chemistry styles, which are needed for all your players as they increase their attributes.

Check the list of the Chemistry styles according to each player's position.

Club
This menu allows you to change your logo, kits or even stadium appearance. You can apply various effects in your seats and stadium, the music that will be heard when you score a goal, what your fans will be shouting etc. Cards for these purposes are unlocked in packs or if you found them spare when completing objectives or in the transfer market.

Division Rivals and other modes
Division Rivals is the most played FIFA Ultimate Team mode. Here you start with your team in Division 10 and you can gain promotion with even less matches this year, starting from FIFA 22 and on. You play versus other players, trying to promote your team until you reach Division 1 and go for the championship. If you gain enough points in a specific number of days, then you can apply to take part in the Fifa Ultimate Team Champions, where you play for the official EA tournament, which gives various packs as gifts. In the finals you can even play in eSports stadiums and win real money.

Another important mode is Ultimate Team Draft. In this you can either play solo or with other players as opponents. You can't control the players which you bought, but instead you will receive draft players for each position and you will have to choose among 5 possible options. You goal is to achieve the highest winning streak possible. But in order to get into the Ultimate Team Draft (either single-player or online) you need 15.000 coins, which you collect by playing or 300 Fifa points, which you play with real  money. This mode has a risk, as if you don't manage to achieve an number of consecutive wins then your investment might go wasted.

Get into the Facebook group FIFA Greece where we chat 24/7.

Discuss Fifa in the following forum topic and if you want to play online with us then please write your ID here.

There are no user reviews for this listing.
To write a review please register or log in 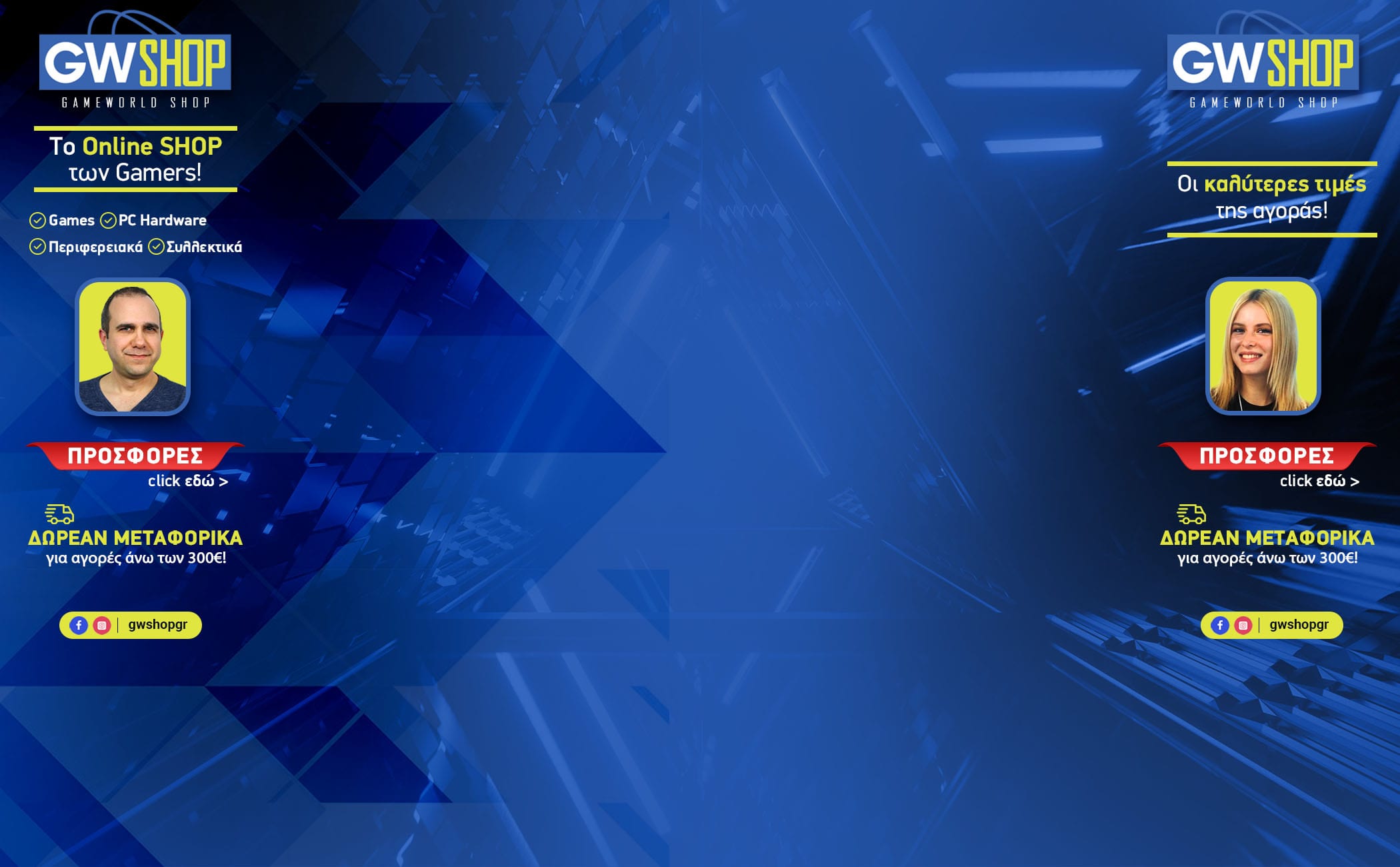